Are you sure you want to reset the form?

Your mail has been sent successfully

Are you sure you want to remove the alert?

Your session is about to expire! You will be logged out in

Europe and the Ottoman World: Diplomacy and International Relations

﻿History of Science and Medicine

Europe and the Ottoman World: Diplomacy and International Relations

During the fifteenth and sixteenth centuries, most of the Arab world, together with a sizeable part of Eastern Europe, had been incorporated into the Ottoman Empire. As its power grew, so too did the empire’s role and influence in Europe. Perceived as a great enemy to Christendom on the one hand, the Ottomans were also recognized as invaluable allies against rival states by various European countries.

From the Battle of Lepanto and collaborations with Francis I in the 16th century, to the Crimean war and joint infrastructure projects of the 19th century, Europe and the Ottoman World: Diplomacy and International Relations documents and explores the complex and evolving interactions between the Ottoman Empire and Europe over the course of six hundred years’ of history. Comprising correspondence, treaties, travel accounts and printed books of exceptional chronological and geographic scope, the collection is an outstanding addition to resources for the study of the Ottoman Empire.

*When logged in, items from collections to which your institution does not have access are hidden. To display these in your search results, please ensure that 'Only Show content which I have full access to' on the bottom left of the results page is unchecked. 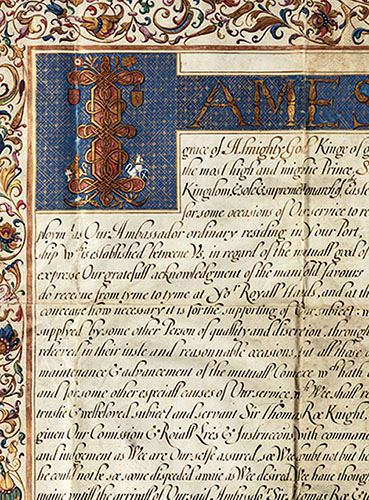 James I letter to Osman II

This letter announces the appointment of Sir Thomas Roe as ambassador and the recall of Sir John Eyre naming the bearer of the letter, John Chapman, as the 'Caya' (representative) of James I, King of England, until Roe's arrival, also stressing the importance of the appointment for the trade existing between England and the Ottoman Empire. 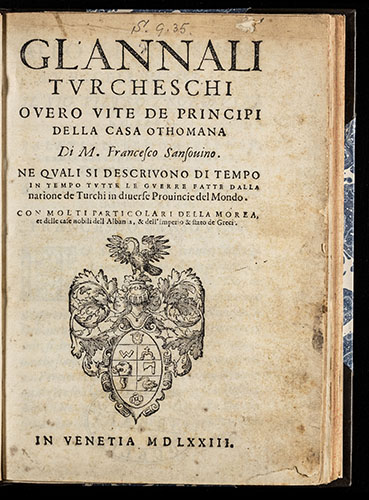 Turkish history up to 1565, compiled from various recent authors. A chapter is devoted to each Ottoman sultan and the book ends with the reign of Süleyman I. This edition also contains information on the Peloponnese, the Albanian nobles and on Greece more generally. 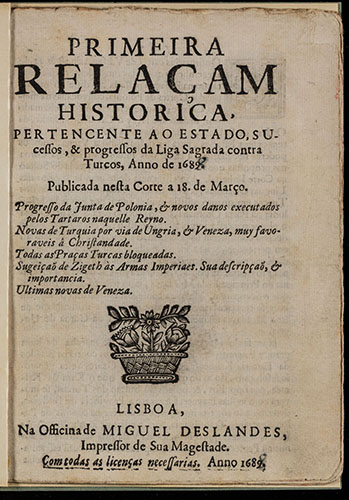 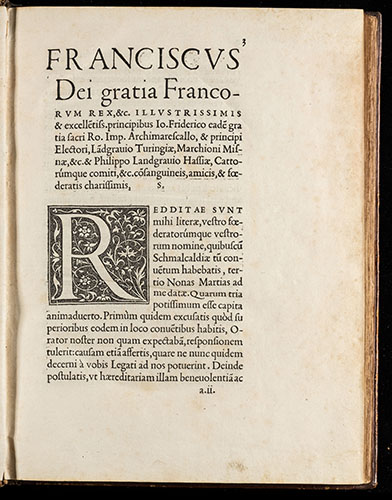 First French edition: France's apology of its controversial Franco-Turkish alliance. On the eve of yet another war between the Habsburg and the Valois empires, François I sent a French delegation, led by Cardinal Jean du Bellay, to the Diet of Speier (1544) in an attempt to justify the Franco-Turkish alliance and to obtain support among the German Protestant princes. 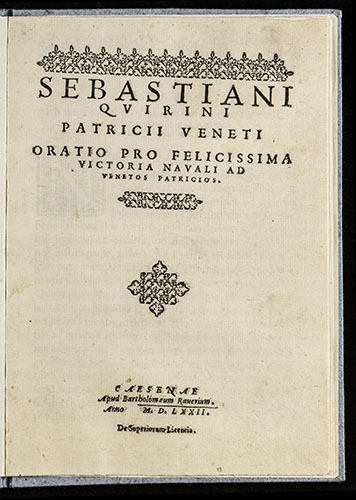 Speech delivered by Sebastiano Querini, scion of a Venetian patrician family, to other patricians in celebration of the victory of the Holy League at Lepanto. Raverio operated a press in Cesena from 1572 to 1589 (Göllner).

An exhortation to the Pope to enlist the help of various European states for a major aggressive offensive against the Turks. Drawing on the recent examples halting Turkish expansion westward, he rallies the Christian Powers to launch a collateral attack on the Turks. 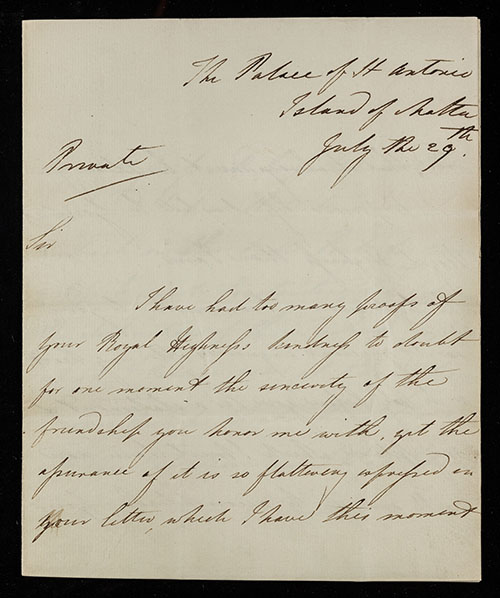 A letter documenting the initial stages of Lady Hester Stanhope's well-chronicled sojourn east, while her plans were yet in their infancy, it relates her motives for departure, offering a programmatic rationale for her eventual residence abroad. 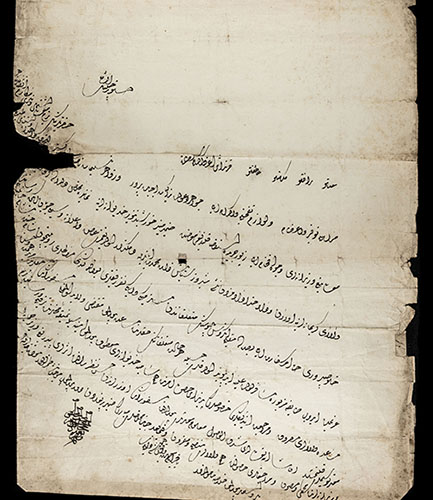 Ottoman document, a letter from Khalil, Governor of Tripoli, to Murad IV

Addressed by Khalil, the Governor of Tripoli (Lebanon), to ‘my brother’ and using a salutation usually reserved for the Sultan (presumably Murad IV), this letter concerns the English consul in Tripoli, seeking the sultan’s permission to look after the members of the consulate and enquiring as to how they might be accommodated in the vicinity of Damascus. 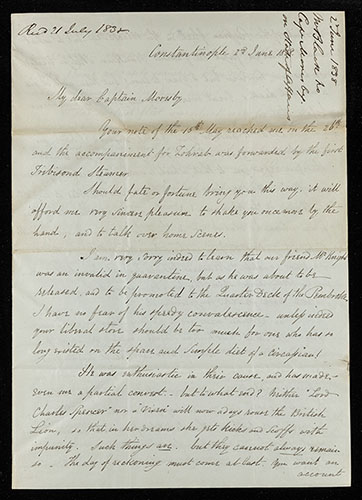 An archive of some 400 items, consisting of the official papers, letters and briefings sent to Admiral Sir Robert Stopford between 1837 and 1844.